This painting was inspired by a trip to the forest area near the Kerala Karnataka border in the northern district of Kannur. A dense forest provided a perfect background for the rocky river. 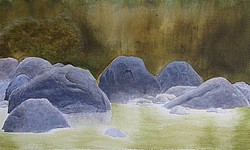 A sort of dual approach was planned in the case of this painting; dark to light in the area of foliage and light to dark for rocks

Some prominent rocks were given shape first. A mixture of grey and ultramarine blue was used for detailing the rocks

A rough shape was given to the main areas of foliage. As the green foliage is reflected in water, a similar mixture was applied to the water also.

More details were added to the foliage. Some grass was added between the rocks. Reflection of rocks were provided

The ripples in the water were worked on. Some bushy plants were also added 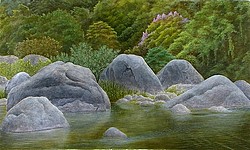 A lot of work was done between the previous stage and this. The truth is that I forgot to photograph the painting during these stages. Some colors were accentuated. The rocks looked too blue. So I decided to mute them down with grey. Then with the trepidation only an artist can understand, I declared the painting finished! 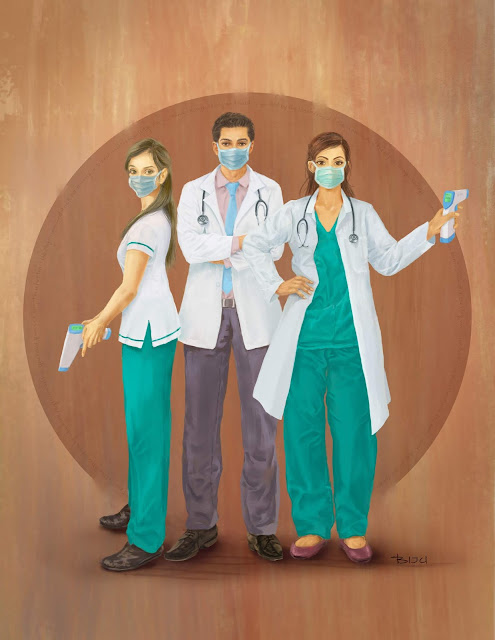 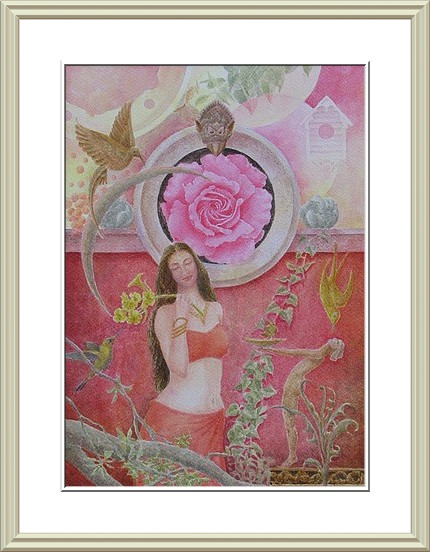 The Birdcharmer - Watercolor Painting on Paper by Biju Kerala Artist 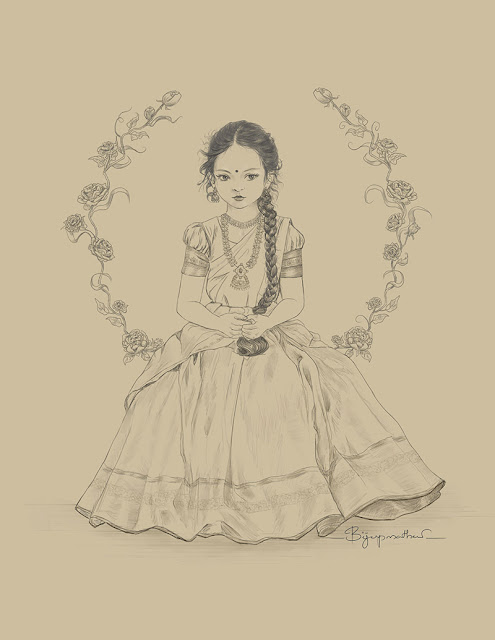